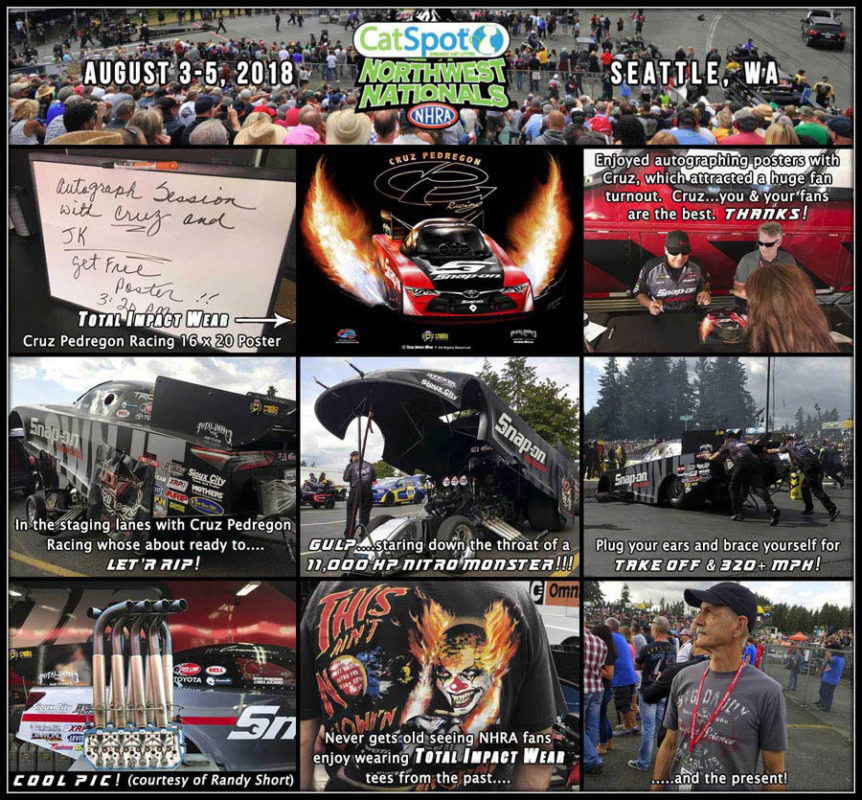 Total Impact Wear had a great time at the 2018 CatSpot NHRA NW Nationals. We enjoyed meeting our friends & customers of this spectacular sport. The autograph session on Saturday with Cruz Pedregon Racing was a huge hit and it attracted many fans who wanted to meet Cruz & Total Impact Wear founder and lead designer JK. The fans were welcomed with open arms and they also received an autographed 16″ x 20″ Total Impact Wear original art poster of Cruz’s Snap-On Tools / Total Impact Wear sponsored Nitro Funny Car. How cool is that!!

Thanks Cruz. Your The Best! 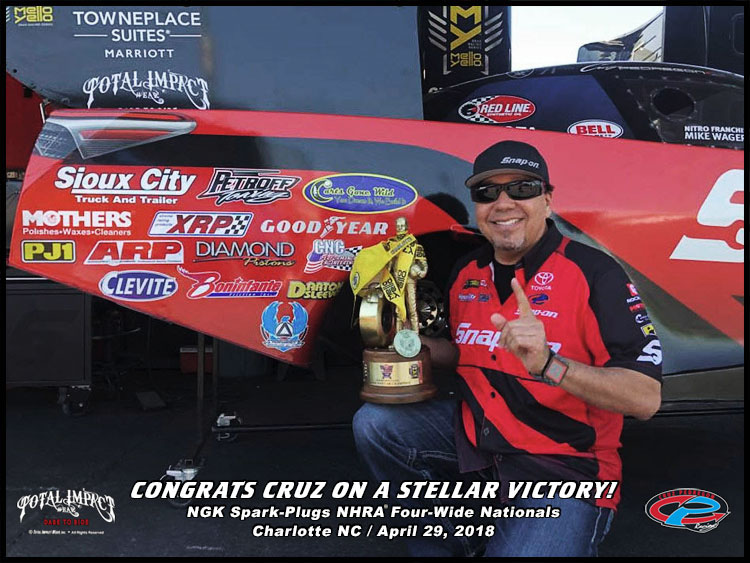 Total Impact Wear ‘CONGRATS’ to Cruz Pedregon Racing on a dominating victory at the 2018 NGK Spark Plugs NHRA Four-Wide Nationals in beautiful Charlotte NC. Cruz ran a 4.059 ET at 310.84 MPH in the Snap-On Tools / Total Impact Wear sponsored Toyota Camry Nitro Funny Car for his 36th career victory. Take a moment & check out our VIDS of Cruz laying it down for ‘The Wally’. 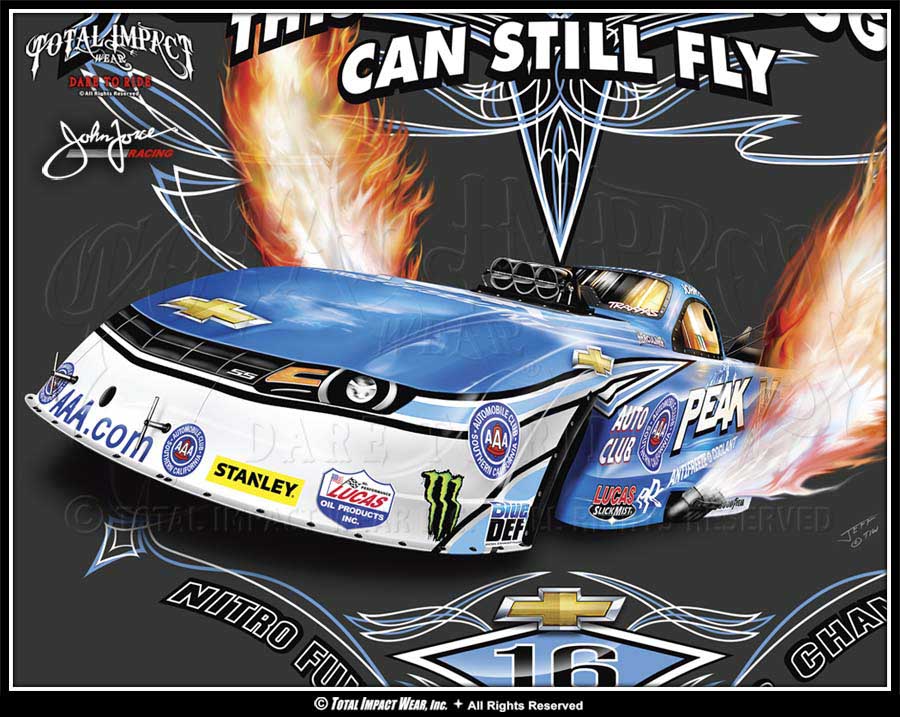 Coming from humble beginnings no one has worked harder then John Force to climb the ladder and become the ultimate drag racing champion. 4 decades of dedication and hard work has made John ‘A Force’ to be reckoned with in NHRA Drag Racing. The accomplishments are legendary. John’s the winningest driver (149 wins) and holder of more all-time track records than anyone else in the history of NHRA Drag Racing. John’s career best 1,000 FT elapsed time (ET) is 3.832 and his top speed is 337.16 miles per hour (MPH). John was selected as the ‘Driver of the Year’ for American Motor Racing by a national panel of motorsport journalists and is the first drag racer ever so honored. 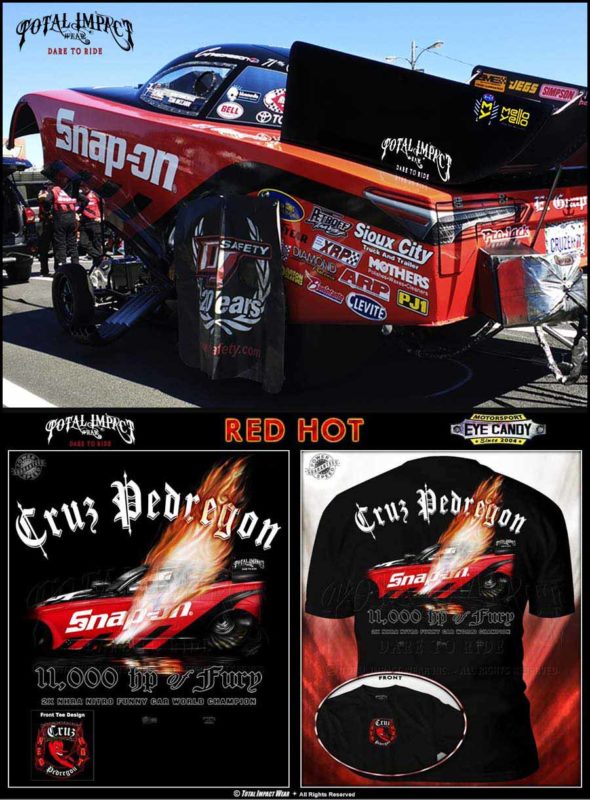