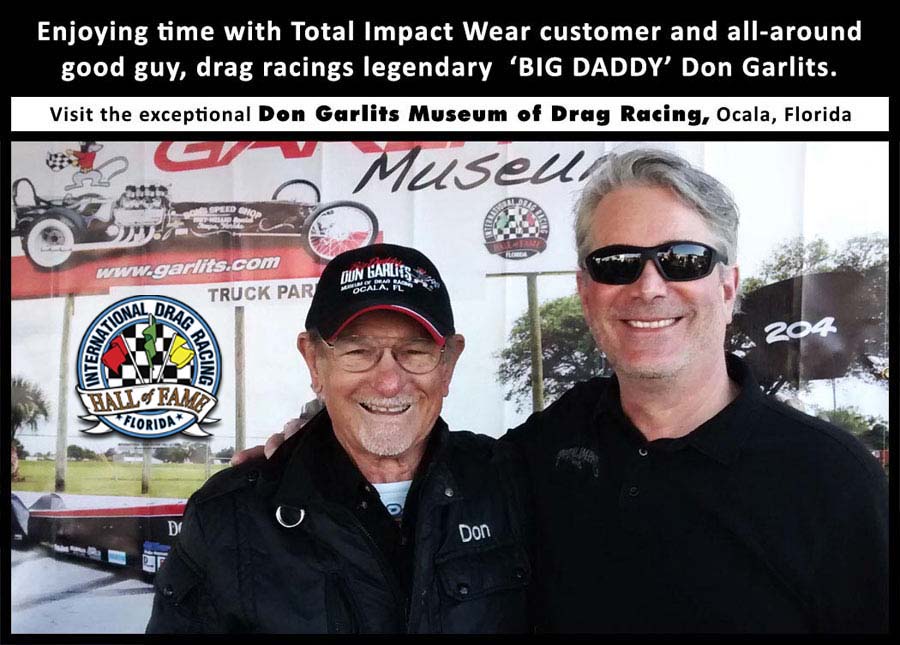 Always great seeing long-time Total Impact Wear customer BIG DADDY Don Garlits at the 2018 NHRA Gator Nationals in Gainsville FL. Total Impact Wear had an awesome time and attended the International Drag Racing Hall of Fame as sponsors and guests of BIG DADDY. We also checked out Don’s incredible Don Garlits Museum of Drag Racing located nearby in Ocala, FL. So much cool stuff to see. BIG DADDY has accumulated a massive collection of classic cars and dragsters! His museum gift store is loaded with awesome cool looking merchandise including a large selection of Total Impact Wear tees. Thanks BIG DADDY for a super-duper time! 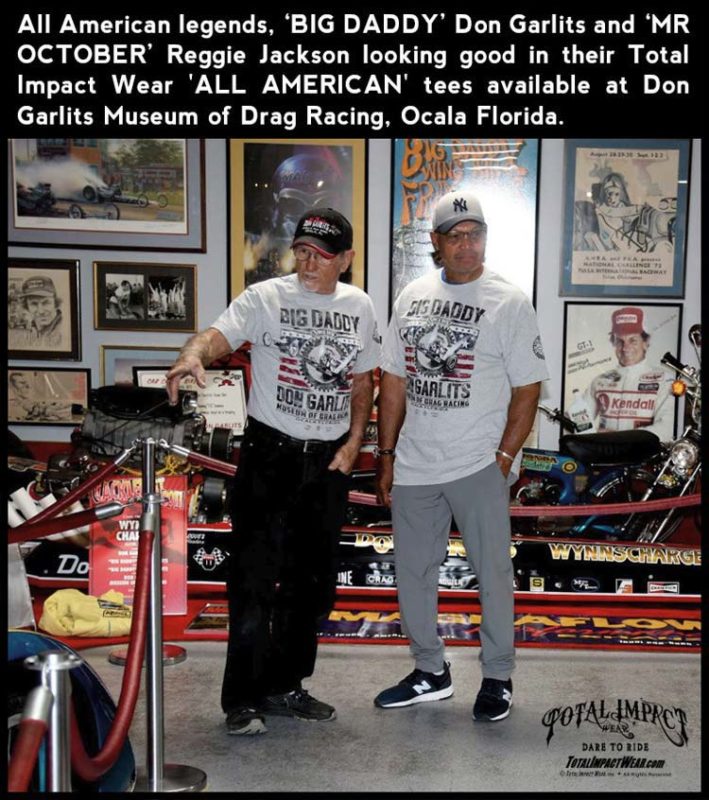 Ultimate legends…drag racing’s BIG DADDY Don Garlits and major league baseball’s MR OCTOBER Reggie Jackson looking good in their Total Impact Wear ‘All American’ tees made exclusively for one of the finest automotive/racing museums in the world, BIG DADDY Don Garlits Museum of Drag Racing in Ocala FL. If you live in Florida or plan on visiting, your won’t be disappointed by checking out the Don Garlits Museum of Drag Racing.  The museum houses hundreds of dragsters, classic cars & historic racing memorabilia. The gift store is also awesome with lots of terrific merchandise to chose from including a large selection of Total Impact Wear apparel.  You’ll have a nitro blast…literally! 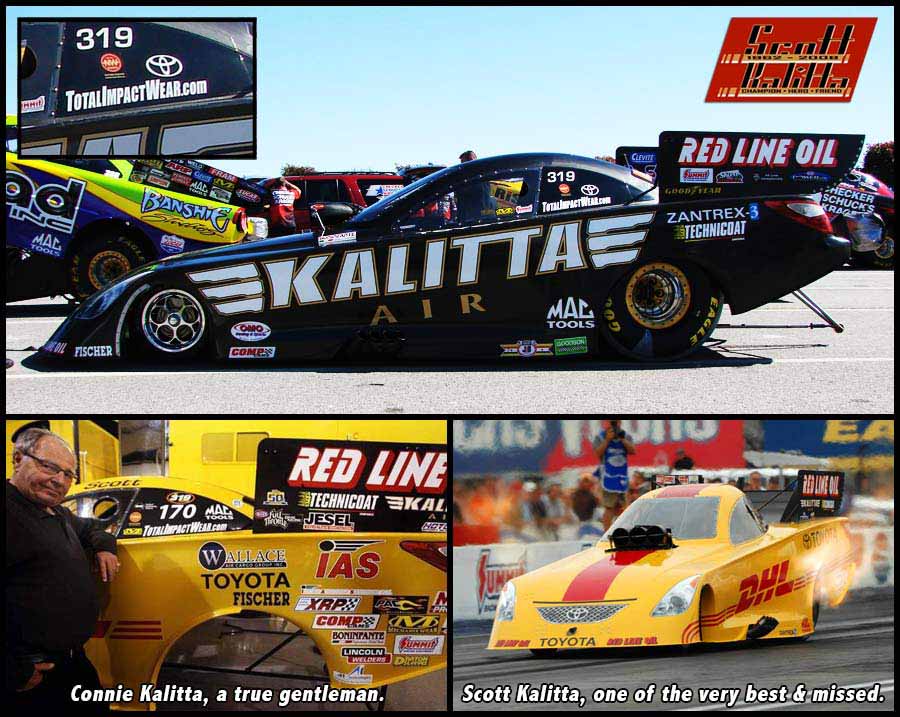 Total Impact Wear enjoyed working with Team Kalitta and their apparel program. We love Connie and since the 1950’s, Connie has built Team Kalitta into one of the premier NHRA Drag Racing teams of all-time.

Connie’s son Scott and Jim O’ were especially fun to work with and discuss new tee designs due to their hilarious Monty Python dry sense of humor that would literally crack us up. Scott liked his Total Impact Wear tees unique, majestic, and Over-The-Top awesome. We were more then happy to oblige and honored to be a sponsor on Scott’s Nitro Funny Car (2005-2008). ‘God Bless’ Scott. You were one of the best in NHRA Drag Racing and are very much missed.