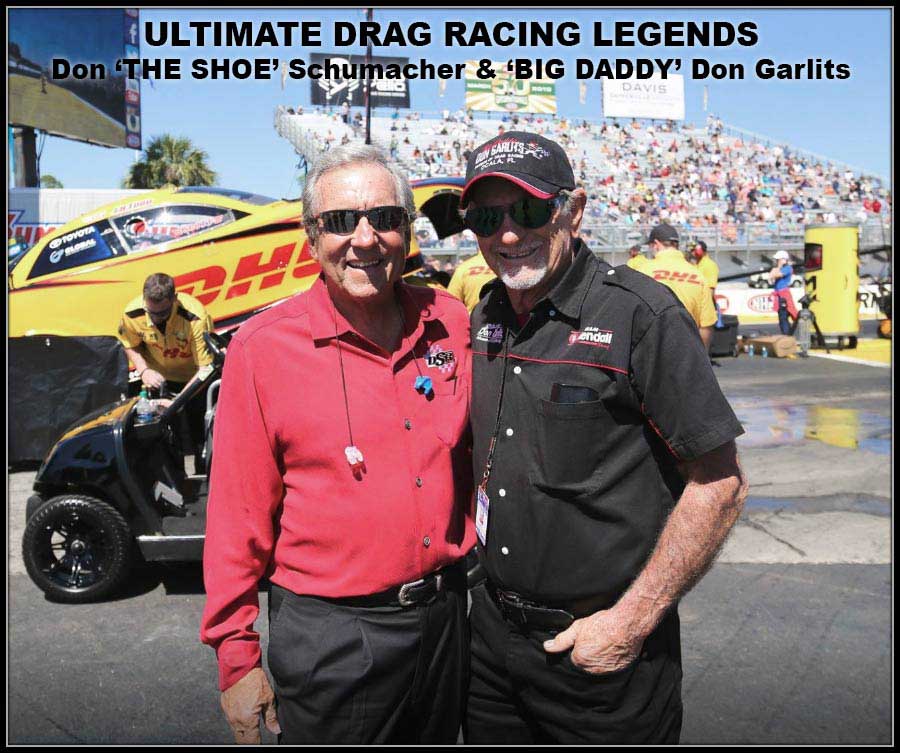 BIG DADDY Don Garlits is arguably the most legendary drag racer of all-time. Based out of Florida, BIG DADDY was considered an outsider by the West Coast drag racers who called him ‘Swamp Rat’, and not in an affectionate manner either. In 1959, BIG DADDY came out to California, which was considered the mecca of drag racing and mopped up the local West Coast drag racers. Instead of being upset with the ‘Swamp Rat’ name that was bestowed upon him, BIG DADDY showed ultimate class and embraced the nickname. To this day all of BIG DADDY’s dragsters are called Swamp Rat I, II, III, IV, etc. How cool is that! BIG DADDY Don Garlits drag racing supremacy helped grow the sport beyond its West Coast base. BIG DADDY went on to dominate drag racing for many years afterwards with 17 combined NHRA, IHRA and AHRA Top Fuel World Championships. The West Coast drag racers learned real fast…you don’t mess with BIG DADDY. BIG DADDY was also the innovator of the rear engine Top Fuel Dragster that we know today following a scary 1970 accident at Lions Drag Strip while piloting Swamp Rat XIII, which severed off a good portion of his right foot.  BIG DADDY Don Garlits is an inductee of the International Drag Racing Hall of Fame, Automotive Hall of Fame, International Motorsports Hall of Fame, and the Motorsports Hall of Fame of America.  Needless to say…BIG DADDY Don Garlits drag racing accomplishments and innovations are historically staggering!